Spurned suitors seldom hear why they were rejected. Instead, they may be told "It's not you: It's me."

Similarly, there is plenty of confusion for lenders when the Internal Revenue Service (IRS) rejects a 4506-T form.

The IRS form 4506-T is what is used by financial services to request a consumer's tax transcripts. In addition to mortgage lenders, the 4506-T is used not only by insurance companies, healthcare providers, and others dealing with the public. 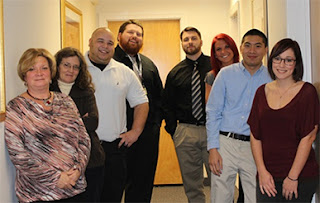 Fortunately, some third-party vendors who process large quantities of these forms through the IRS' Income Verification Express Service (IVES), have developed ways of detecting why a 4506-T form request for tax transcripts cannot be accepted. Through a timesaving Quality Review of each form before submission to the IRS, NCS has reduced IRS rejection rates to below 4%, less than half the industry average of 8%.

Even though a QC process like NCS' can avoid the time and money lost to the IRS receiving and rejecting an improperly completed 4506-T, the most expedient and cost-effective remedy is for loan officers and their loan applicants to avoid the easy pitfalls.

Our TRV® Processing Division came up with a Top 10 List of Reasons for IRS Rejects. Here are the two most common mistakes.

1. ADDRESS DOES NOT MATCH IRS RECORDS

Make sure the address entered on the 4506-T tax transcript request is that of the last tax return filed, in addition to providing current and previous addresses including P.O. Boxes.

Yes, it needs to be said: write clearly and legibly. Illegible writing on the 4506-T is the second most common reason for rejection. The IRS worker reviewing a submitted 4506-T will not attempt to interpret bad handwriting or guess at type that is too small or faded.

So make sure everything is readable. If something needs additional clarification, don't let the applicant squeeze it all into a single box on the form. Have them use the 4506-T margins for clarification. That's fine.

Those are just the first two. Bearing these in mind can save your company and customers from the delays – and heartbreak – of an IRS rejection.

For the entire list, send us an email here.