Expectations for IRS 4506-T turn-times as we head into tax filing season.

NCS had prepared our clients in 2015 for a decline in IRS performance once tax season rolled around, but neither the IRS nor any of the participants in the IVES program expected the IRS’ IT and HR performance defects to mount so quickly and be so difficult to clear.  IRS turn-times did not reach their newly stated goal of 65-72 hours until June/July 2015.

While the IRS has undertaken significant steps to strengthen their IT infrastructure and database performance, the congressionally passed budget has not provided the ability to address problem number one – the lack of human resources.  75% of the IRS’ budget goes towards personnel and the IRS’ 4506-T quality control and transcript processing is very manually intensive.

The IRS’ budget for FY 2015 is $10.9 billion, down $2.5 billion from 2010 as Congress continues to punish the IRS for their heavily scrutinized, some say inappropriately scrutinized tax filings of conservative groups that began in March 2010. 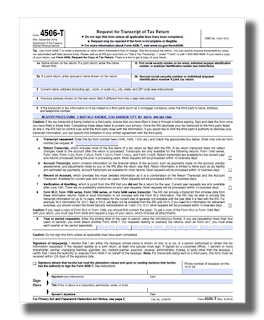 A group of industry experts headed by NCS’ Senior Vice President, Cecil Bowman, began meeting with the IRS to express concerns and advocate for performance enhancements via industry/technical expertise.  The IRS has been very receptive, and continues to pull information from a variety of participants in and outside the IVES program.

We remain positive that the IRS’ IT infrastructure should sustain the load placed upon it during the high volume spring months.

As of mid-February, turn times are hovering between 72-84 hours.  We do anticipate that these times will increase to 84-96 hours through the tax season, and begin to subside after April 16th.  65-72 hour turn-times will not return until June.  NCS' HD Platform provides clients multiple exact statuses within the order transaction of where each order resides.  There's never a blackout period where an order's status cannot be accounted for.

NCS representatives will continue to advocate for clients throughout the filing season, and assist the IRS in troubleshooting problems when asked to participate.