The importance of the 4506-T in mortgage lending has been underscored by the recent Federal government shutdown. As 4506-T processing was halted by the work stoppage at the Internal Revenue Service (IRS), lenders across America worried that their loans would be delayed indefinitely.

With the government shutdown ended, when IRS processing resumes it faces a substantial backlog.

Based on Mortgage Bankers Association (MBA) estimates of 5.3 million mortgage loan applications processed each year, weekly totals average over 100,000. With the highest amount handled during the peak season of April to August, totals at this time of year are closer to 75,000. This means that, after the three-week shutdown, the number of backlogged 4506-T forms submitted for mortgage applications at the IRS' five processing centers may be as high as 200,000.

The result will be increased turn-times for tax return verification as IRS staff work to catch up. At this point, that could add weeks of delay for any new submissions.

"This is what our industry is dealing with," said Curtis R. Knuth, NCS Executive Vice President. "Lenders now need to be in communication with their IVES partner to track processing turn-times and make sure their vendors, including NCS, are doing everything within their power to facilitate the process and keep them up to date."

For instance, Knuth said, does a lender's IVES vendor have a plan for sending new work to the IRS and a method for best working with the IRS offices? Lenders also need to understand the "double delay" caused when the IRS rejects a 4506-T with errors. Under normal conditions, the IRS rejects about 14% of submitted 4506-T forms, with the most common error being an address that does not match the address on the tax return.

"Any rejected form sent back for correcting to the IRS will go to the end of the line when resubmitted," said Knuth. "Under the best conditions that adds a day or two to processing. This is going to be crucial as the IRS races to catch up, that IVES vendors are providing the lowest rejection rate they can through quality control. While the industry average approaches 14%, NCS’ IRS 4506-T rejection rate is kept around 8% through careful QC."

"They'll work first-in, first-out beginning with the receipts from September 30 they may not have completed before the shutdown," said Cecil Bowman, NCS SVP for Government/Industry and chair of the MBA's 4506-T workgroup. "Then they'll pick up on the first receipts of the shutdown October 1 and work through that a day at a time as new receipts continue to pour in."

Bowman also points out that some lenders devised "workarounds" that allowed loan origination to proceed with a signed but unprocessed tax return verification, planning to submit the 4506-T now that the IRS operations can resume. Others are dropping the requirement entirely during the shutdown. 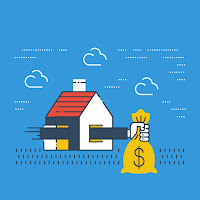